The agreement to build one medium tug boat of Royal Thai Navy was signed with Ital Thai Marine Co., Ltd. The objective was to replace the old medium tug boat in order to create more sufficient boat to support all the activities to be more effective. This medium tug boat has been named “Panyi tug boat” by King Bhumibol Adulyadej (Panyi Island from Pannga Province)

Ceremonial Ship Launching is boat celebration of being transferred from land to water for the first time and also making religious ceremony. It is an important naval tradition that’s a way of blessing the ship and crew in an attempt to bring good fortune on its voyages. 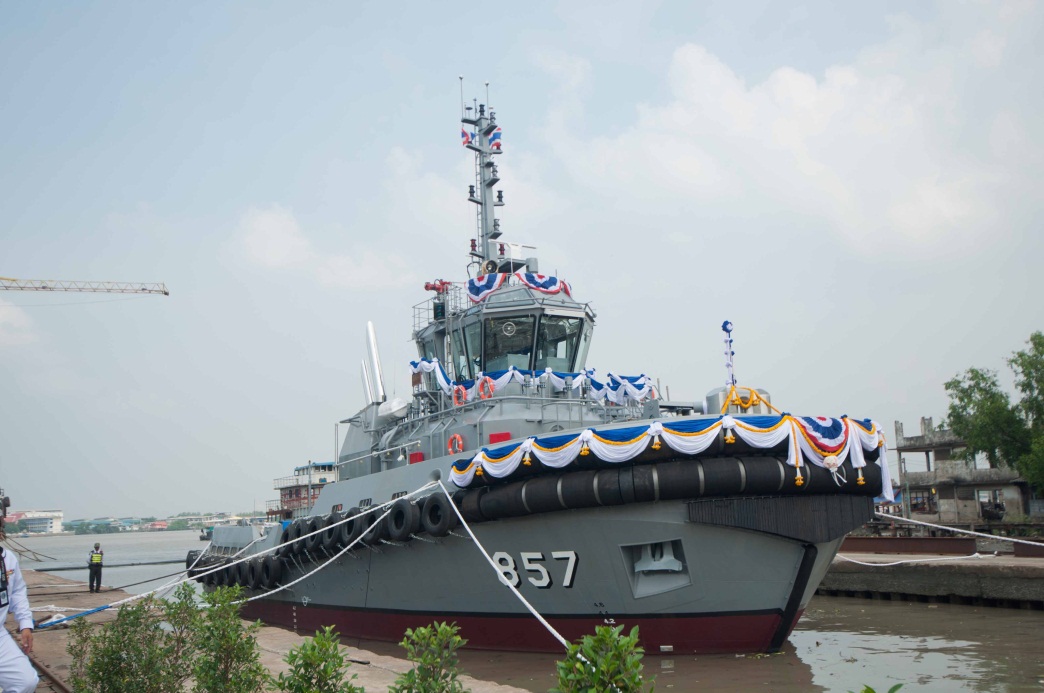 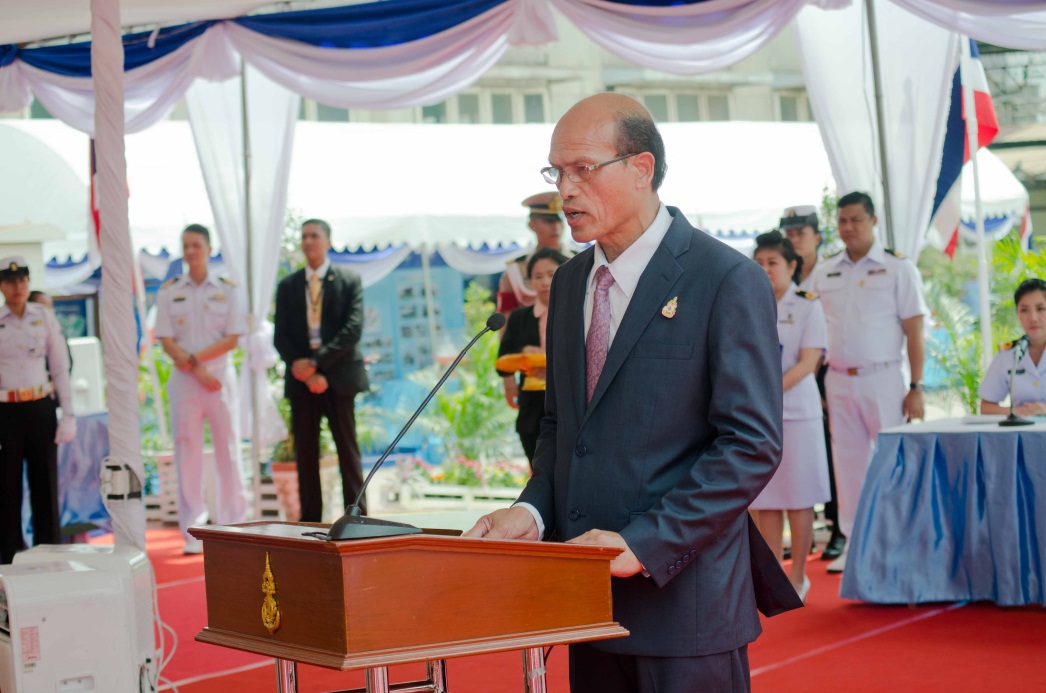 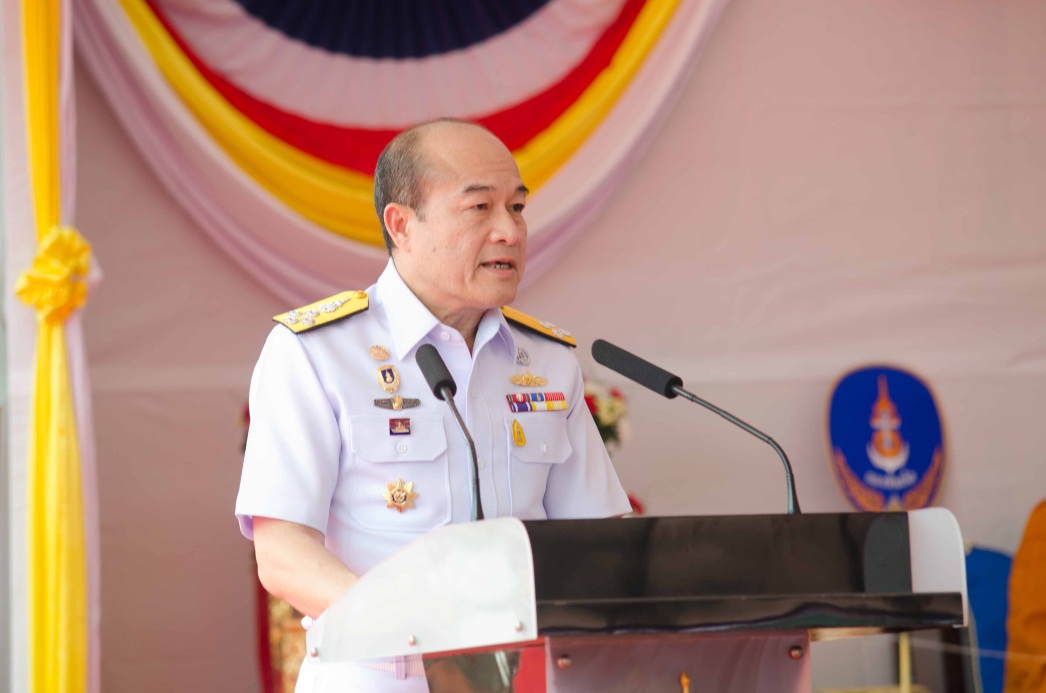 Adm. Na Arreenich as Commander in Chief of the Royal Thai Navy, President’s in honor of the ceremony. 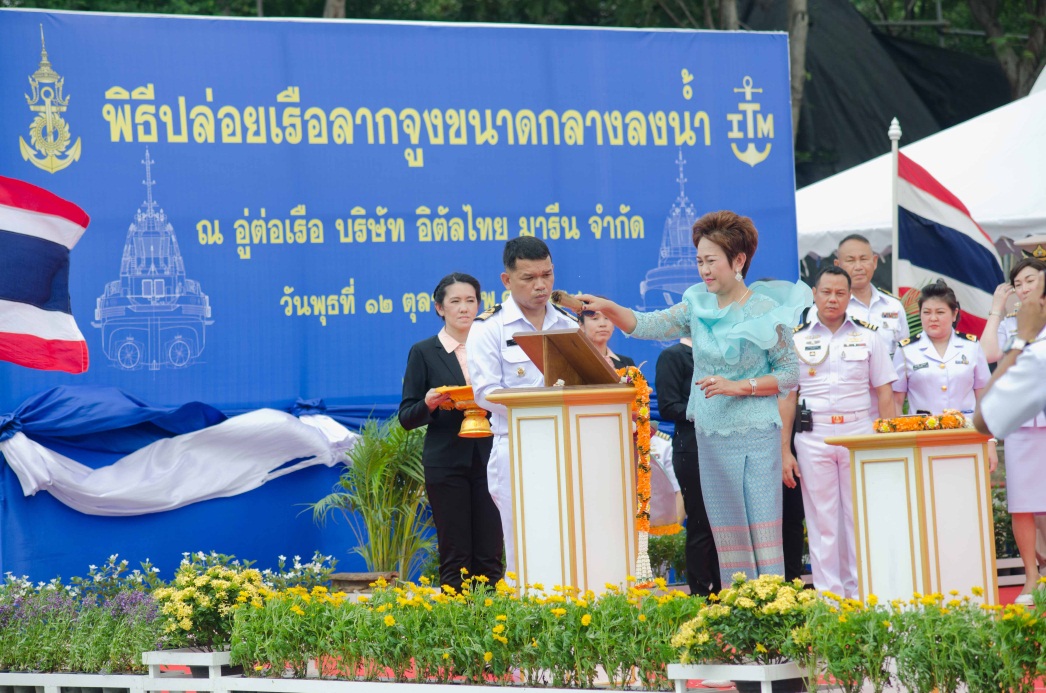 Mrs. Pranee Arreenich who christened the ship ceremony. (Thais people believe in spirit lives in boat as Mae Ya Nang, she will protect the ship and crew.)