Headline : The pride of Svalbard

The Arctic Ocean is one of the toughest working environments on the planet, with only the best equipment capable of handling the arduous conditions. The Elling Carlsen is a prime example. Its 15-metre hull is loaded with cutting-edge technology and the vessel boasts an impressive 2,000 horsepower, making it the pride of the Svalbard archipelago.

When a harbour piloting service was recently introduced on Norway’s Svalbard archipelago, Kjetil Bråten, the Harbour Master in the capital Longyearbyen, turned into one of the world’s most demanding boat buyers. 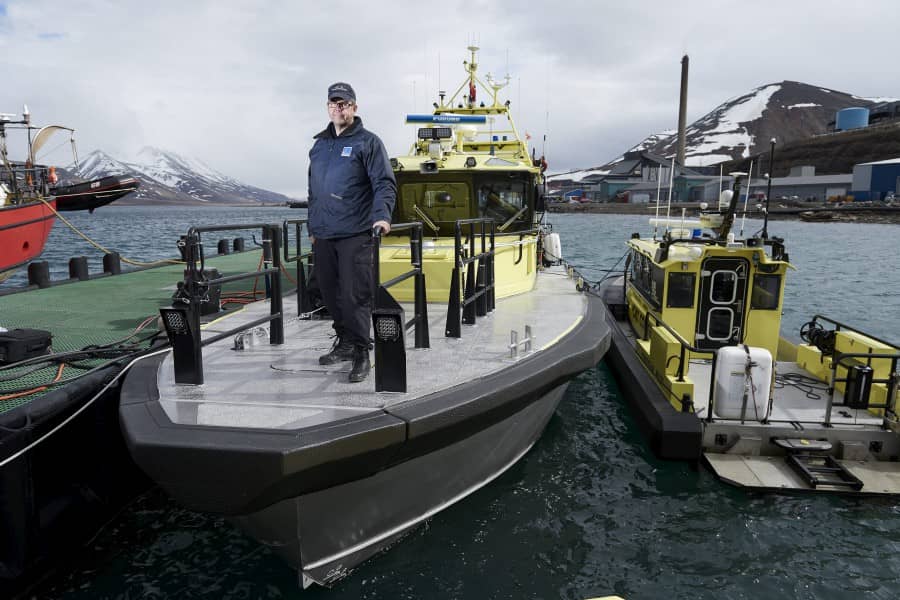 “There’s no other boat in the world with the same extreme specifications”, Harbour Master Kjetil Bråten says.Gustav Lindh

The new pilot vessel used by the service was purchased from Finland’s Marine Alutech shipyard and needed equipment for rescue activities and for responding to oil-spills. The vessel’s power, speed, electronics and levels of comfort all needed to reliable when the polar weather and Artic Ocean both did their utmost to break everyone and everything apart.

“There’s no other vessel in the world like the Elling Carlsen,” says a clearly proud Bråten. “It represents a new benchmark in marine safety in the Arctic Ocean.”

During the cold, dark winter months, Svalbard’s 2,500 inhabitants are isolated from the rest of the world and required to take care of themselves. 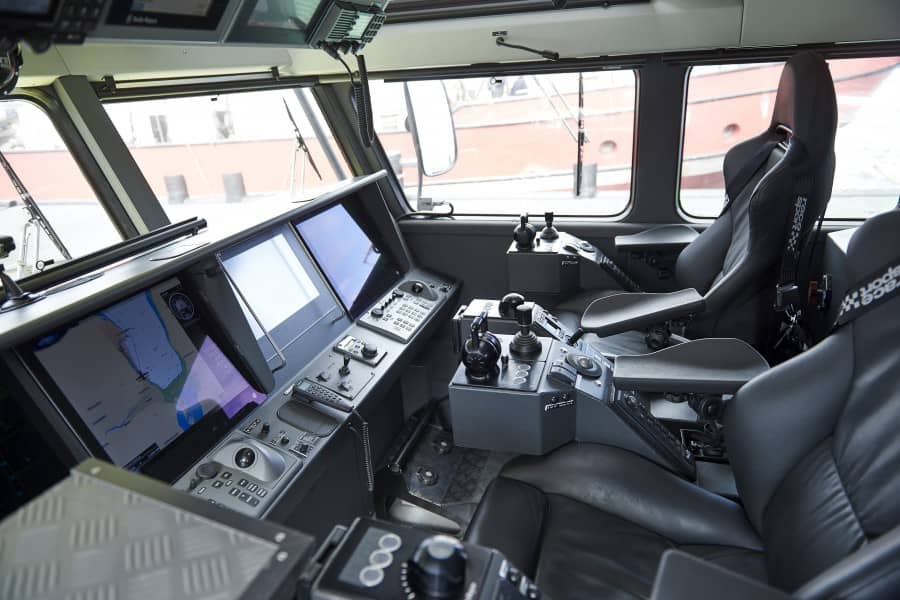 Everything onboard Elling Carlsen is designed according to the same principles as a commercial aircraft, with two independent systems for all on-board functions.Gustav Lindh

“The vessel’s engines are strong enough to pull 6.2 tonnes,” says Bråten. “We have water cannons on-board for putting out fires and we’ve equipped the boat so that it can undertake long, rapid patient-transfer operations. So, the Elling Carlsen is truly a multi-purpose tool in use up here next to the North Pole.”

However, the most spectacular thing about this floating powerhouse, with its twin Scania V8 engines each generating 1,000 hp, is that it can achieve more than 40 knots with a minimum of noise. It’s a surrealistic experience to see Kjetil Bråten and his crew almost flying between the glaciers and ice shelves while we discuss day-to-day life at Svalbard in hushed tones. 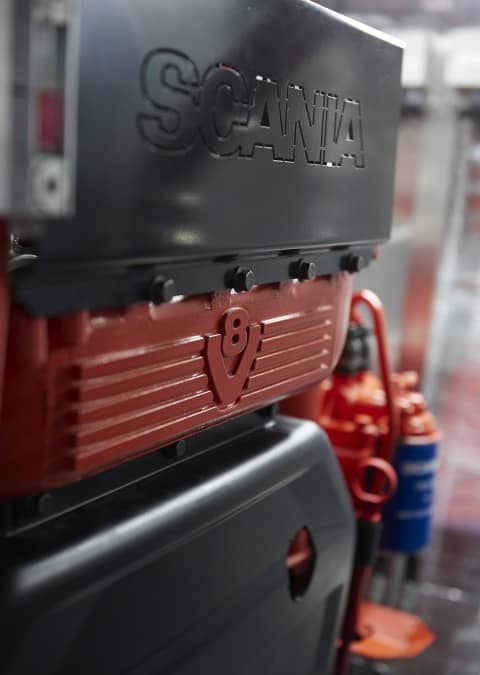 The boat and the engines need to be able to cope with the often extreme climatic conditions.Gustav Lindh

“A rested and alert crew is able to provide the highest level of safety,” the Harbour Master says. “For this reason, the boat is extremely well insulated against noise and the crew’s indoor environment is thoroughly thought-out, right down to the tiniest detail. It’s like sitting in a luxury office, even when we’re travelling at the top cruising speed.”

The Elling Carlsen has a reinforced hull to withstand the Arctic Ocean’s extremely demanding conditions. The vessel is crammed with the most advanced technical solutions on the market, with two sets of each system in place. The wheelhouse is nearly completely free from buttons and switches, with no sign of anything resembling a wheel. Everything on-board the Elling Carlsen, including the twin V8 Scania engines and the steering system from Rolls Royce, is controlled via large touch screens.

“Everything is designed according to the same principles used in commercial aviation, with two independent systems for all functions on-board,” says Bråten proudly. “If a fault occurs in one system, the other immediately takes over. It’s like flying in an Airbus.” 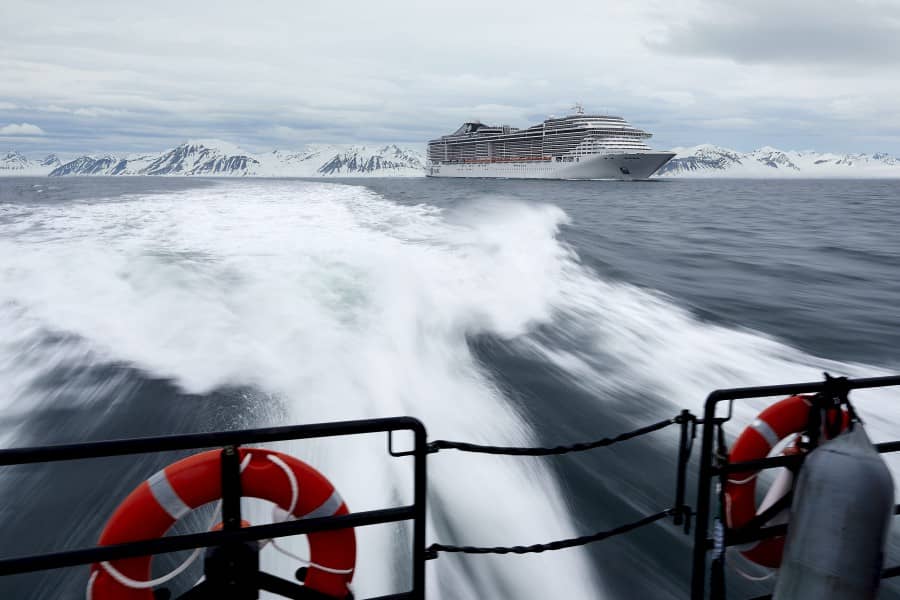 The mission of Elling Carlsen is to meet up with the 333-metre-long and 67-metre-high cruise ship MSC Splendida, and its 4,000 passengers.Gustav Lindh

When the Norwegian Coastal Administration attempted to classify the Elling Carlsen, it found that the vessel was totally unique. As a result, the pride of Svalbard was placed in a somewhat tongue-in-cheek class called ‘SuperVeryNice’.

Kjetil Bråten can only smile and agree with the decision. 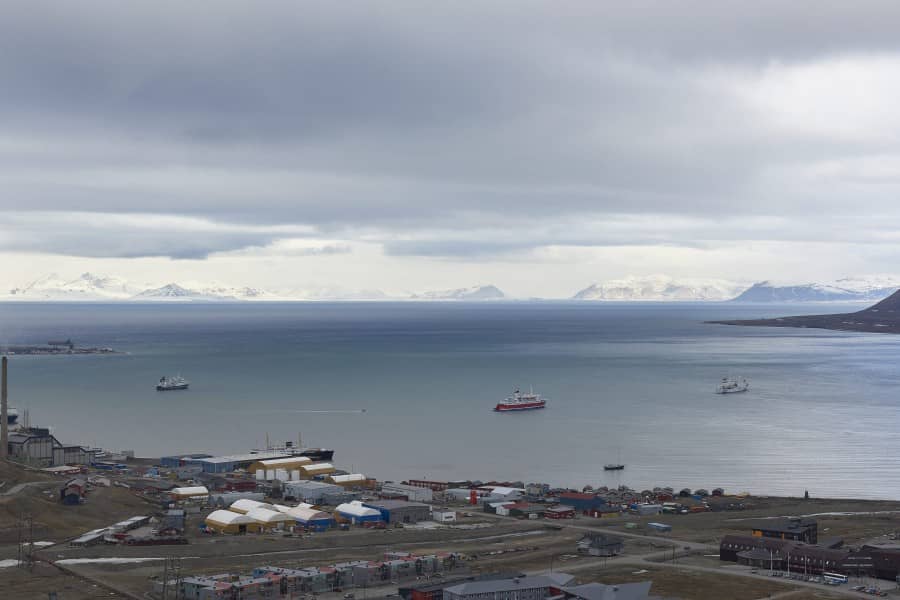