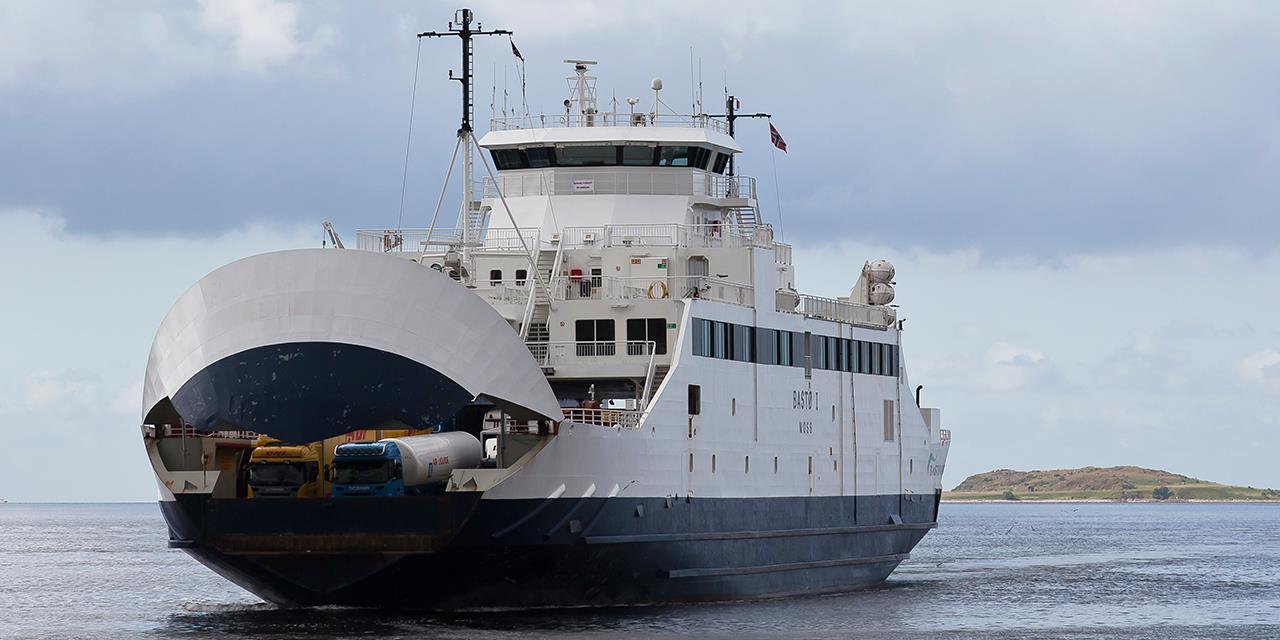 Norway’s Bastø I ferry is officially the first commissioned vessel with a globally certified International Maritime Organization (IMO) Tier III compliant marine engine that does not need urea based after treatment.  The completely refurbished Bastø I ferry is re-powered by GE’s Marine Solutions 16V250MDC, a 16 cylinder, 250 mm bore marine diesel engine that is certified to meet both IMO Tier III and EPA Tier 4 emission standards, reducing key emissions by more than 70%.

“We are very satisfied with the installation and commissioning process of the GE diesel engine on board Bastø I. Particularly that the engine is certified to IMO III emission levels without the use of SCR and urea. The engine runs very smooth and has fast load response which in our ferry service is of critical importance. We look forward to many years of continued dedicated service of Bastø I with her new GE engine. Bastø II will be repowered later this year with a similar GE 16V250 MDC diesel engine.”

An industry first in this power range and engine speed, the engine’s exhaust gas recirculation (EGR) technology has successfully accumulated over 300,000 emission compliant operating hours.  Each week, more than 20 engines are added to the marine and locomotive operational fleet.  Our experience and expertise are growing exponentially, while reliability continues to exceed customer expectations.

Choosing the GE medium speed engine with EGR technology over urea based systems:

Maximizes engine efficiency and load response with a ramp up from idle to full load of about 15 seconds.

“We are extremely pleased with the Bastø Fosen commissioning.  The engine performed beyond expectations through testing and its maiden voyage and we look forward to many years to come,”

The Norway stationed Bastø Fosen I ferry is commissioned to cross the Oslo fjord, operating the 30-minute route between Horten and Moss.  The route currently uses three ferries, carrying 2.5 million people annually.  The Bastø Fosen II ferry will make the trek to Fiskerstrand Verft AS in the fall for refurbishing and installation of its own IMO Tier III compliant GE diesel engine.  Bastø Fosen has also ordered six, 8L250MDC, IMO III compliant eight-cylinder in-line engines for three new ferries currently under construction, which launch later in 2016.